Outside Magazine published an in depth article recently which examined zip line injuries around the world. The article explored the overall lack of safety standards that exist to regulate the construction and operation of zip lines.

Zip lines have proliferated as an adventure tourism staple. They can be found in the US, Canada, Mexico, Costa Rica, and Southeast Asia.  The numbers are growing fast.  Unfortunately, safety standards in construction and operation have not yet caught up with this boom industry.

I have experienced a range of zip lines in places such as Costa Rica, Canada, Hawaii, and Mexico.  I particularly remember my experience in Costa Rica.  I did a canopy tour outside of Monteverde.  The zip line equipment was fairly bare bones.  The operators provided everyone with one extra thick leather glove.  Users was instructed to use the glove to reach up to the cable behind the tram and grasp it to slow down before the terminus.  This was not exactly ideal and certainly not safe.

Outside’s article also cites a number of deaths on zip lines that Outside uncovered by searching media coverage.  Here’s a chilling excerpt from the article:

“There is no central repository of fatalities, but more than a dozen news reports describe people dying on zip lines in the United States since 2006. In 2015, a 12-year-old girl at a YMCA camp in North Carolina died after her tether snapped over a 40-foot canyon. The same year, an 18-year-old man in Tennessee died after a gruesome fall when his neck became entangled in the safety harness. Last May, a woman died at Sundance Mountain Resort after colliding with a falling tree. In August 2016, a woman fell to her death after becoming disconnected from the safety wires at the Go Ape Tree Top Adventure in Delaware. By comparison, more than 300 million people visit amusement parks each year, and only 3.8 deaths occur annually, according to a report from the U.S. Consumer Product Safety Commission.”

Only a few states have any type of zip line regulation.  West Virginia was one of the first to adopt regulation when it passed the Zipline and Canopy Tour Responsibility Act.  The act sets out an operator’s responsibilities as follows:

(2) Ensure that ziplines and canopy tours are inspected at least annually by the Division or a special inspector;

(3) Train employees operating ziplines and canopy tours in accordance with national standards associated with their profession;

(5) Maintain records for a period of at least three years from the date of the creation of the record of:

(A) Proof of insurance;

Overall, the only standards that exist are voluntary standards developed by the industry itself.  So even when a state like West Virginia adopts a statute that “regulates” zip lines, it is essentially only requiring an operator to comply with standards the industry as itself suggested.  The efficacy of such a regulatory scheme can be questionable. 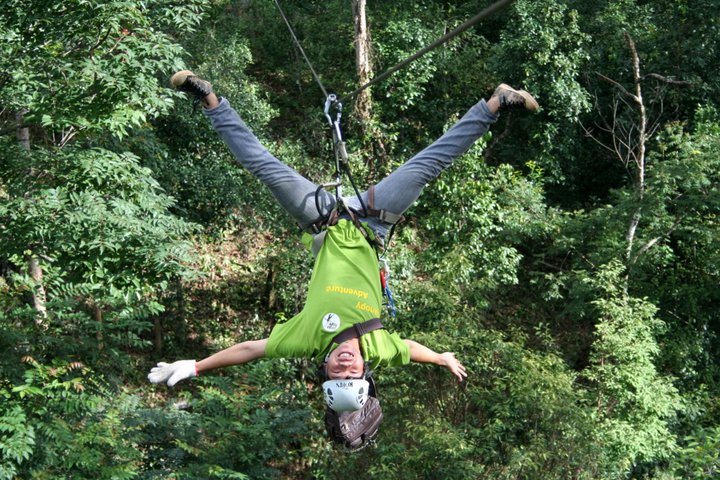 Common problems with zip lines that have caused injuries have included lines that are too fast, causing people to impact the terminus of line.  An equally dangerous situation occurs when the line is too flat and a user stops before the terminus.  Injuries have occurred when other users then collide with that stranded user.  Equipment failure is also cited as a common problem.

Next time you are on vacation and a zip line tour is on the itinerary, it might be worth some closer examination before you zip into the abyss hundreds of feet of the ground.  The industry maintains a list of zip lines and challenge course that meets its voluntary standards here:  http://www.acctinfo.org/?PVMList  It’s probably worth checking to see if the tour you are planning has made the list.

Zip Lines can be a great adventure and a lot of fun – but only if they are built and operated with the highest safety standards in mind.  If you or someone you know has been injured on a zip line, give us a call.

Here’s a link to Outside’s article: