Underride accidents occur when a passenger vehicle and a semi-truck with a trailer collide. Truck accidents can be devastating. Semi trucks often weigh 20-30 times as much as passenger vehicles. They are taller with greater ground clearance, which is the most common cause of underriding accidents. As a result, the occupants inside are often severely injured.

The National Highway Traffic Safety Administration (NHTSA) has long been aware of the dangers of underride accidents. The danger was brought into the public spotlight in 1967 when well-known actress Jayne Mansfield died on a Louisiana highway. The car she was riding in crashed into a tractor trailer without an underride guard. Decades after Mansfield’s death, the NHTSA recommended requiring an underride guard on all tractor trailers—known as Mansfield bars. The trucking industry was slow to adopt this change. 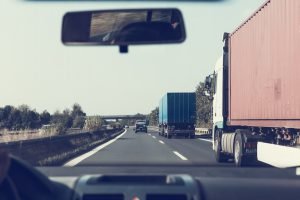 It took another 30 years before the NHTSA mandated guards – but only on the back of trailers. While this cut down on fatalities due to rear-end crashes, it did nothing to stop the almost 200 deaths a year caused by other underride accidents.

The “Stop Underrides Act of 2017” is a bill currently making its way through Congress. The purpose is to reduce the number of injuries and deaths caused by underride accidents. The bi-partisan bill was proposed by Sen. Kirsten Gillibrand, D-N.Y. and Sen. Marco Rubio, R-Fla.

According to the Insurance Institute for Highway Safety, nearly 4,000 people died in large truck crashes in 2016. Seventeen percent of these deaths were truck occupants, 66 percent were occupants of cars and other passenger vehicles, and 16 percent were pedestrians, bicyclists or motorcyclists.

When a car collides with semi-truck, it may slide underneath the trailer being towed. The occupants of are usually seriously injured or even decapitated. This is due to the safety systems of the car being rendered useless when those systems do not come in contact with anything that would cause them to activate.

Numerous studies have shown that it is possible to create a lightweight underride guard that won’t cause any detriment to the operation of the truck. It will save hundreds of lives every year.

If you or a loved one have been the victim of commercial truck accident in Tacoma, Seattle, the Puget Sound, or anywhere in the State of Washington, it’s important to seek counsel from a law firm with experience in trucking accidents.

My team and I at Evergreen Personal Injury Counsel have the knowledge and know-how to properly investigate commercial truck accidents and provide you with the support that you deserve.  If you were in a Washington truck accident and you believe the other party to be liable for your injuries, give me a call. I will listen to your story and advise you on the best route to move forward.