The Effects of Surgeons Making Mistakes (aka Medical Malpractice)

Unfortunately, the idea of medical malpractice has become associated with a lot of unflattering images in the United States: ambulance-chasing lawyers, faked injuries, innocent doctors being targeted by greedy patients, frivolous litigation that clogs the court system, national healthcare costs being driven up by medical negligence compensation, etc. 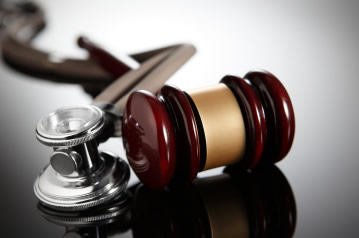 What should you do if you think you’ve been the victim of medical negligence? First, get a second opinion from another healthcare provider right away to make sure that any treatment your current provider has been administering does not immediately jeopardize your health or safety. Once you’re found yourself in better hands, call or email Evergreen Personal Injury Counsel.

Not sure if your case qualifies under the definition of medical malpractice? Come consult with us about it. We at EPIC have a number of highly experienced medical malpractice lawyers on our team that can help uncover the extent of your maltreatment and get the justice you deserve against the parties at fault. Not only do you owe this to yourself, but you also owe it to any other patients who might be hurt by the responsible doctors (who are statistically likely to be repeat-offenders).