Lyon case is settled prior to Supreme Court oral arguments.

OLYMPIA, Wash. – Attorneys from Evergreen Personal Injury Counsel successfully secured a $5 million settlement for injured firefighter Daniel Lyon. The settlement was reached prior to oral arguments on the case today before the Washington State Supreme Court. The Court granted a motion to dismiss the case for review in the wake of the settlement. 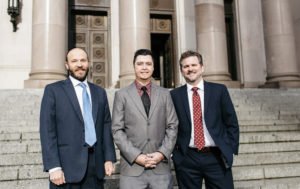 “I am very grateful that my case calls attention to the plight of injured first responders. I am also grateful my case has reached a settlement so that I can now move on with my life knowing I will have the resources I need for the future,” Lyon said in a statement.

EPIC attorneys were challenging the constitutionality of the law on the grounds that it strips first responders of their legal rights when they are injured by negligence in the line of duty. Lyon was severely injured while fighting the 2015 Twisp wildfire ignited by powerlines. He is represented by EPIC Attorneys Steve Bulzomi and James McCormick.

Lyon barely survived the 2015 Twisp wildfire, sustaining severe burns over more than 70 percent of his body. Three of his fellow firefighters – Richard Wheeler, Andrew Zajac and Tom Zbyszewski — perished in the fire. Attorneys for Lyon argue that a local utility caused the fire after failing to responsibly manage vegetation near their powerlines. They note that the state’s current professional rescuer doctrine unfairly gives negligent wrongdoers blanket special protections for their negligence – regardless of circumstances — when first responders are severely injured or killed in the line of duty. 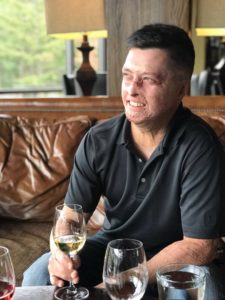