We’ve moved!  After many years on the outskirts of Tacoma and on the border of University Place, we have decided take our business to the heart of downtown Tacoma, closer to the courthouse and amongst all the energy and excitement Tacoma has to offer. For now, we are settling in our temporary location at 1124 Broadway Plaza.  In several short months Evergreen Personal Injury Counsel will locate to its new permanent location in the historic Bowes Building at the corner of S. 9th and A Street.  Architectural floor plans are done and contractors will soon be turning the space into our law office.  We are all extremely excited to get a chance to be a part of the revival of this historically significant building with historical connections.   This is how the Bowes Building looked in 1944.

This is how the building looks today. 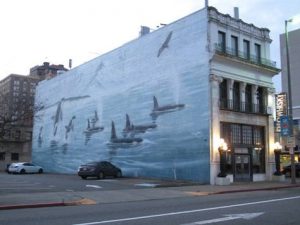 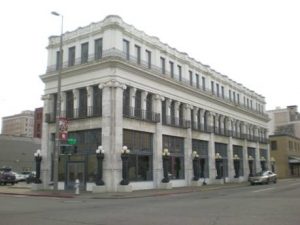 So, what does this all have to do with Frank Sinatra you may ask?

In the early 1900’s, Tacoma was one of the fasted growing cities in the country.  In 1906, Edward Bowes, a wealthy land investor, arrived in Tacoma from San Francisco with plans to pursue real estate investment projects.  During his time in Tacoma, Bowes was credited for developing Fircrest, which at that time was known as Regents Park.  Bowes also acquired land on A street in Tacoma for his real estate offices.  Design work began in August 1908 and the Bowes Building was completed in 1909.

Bowes time in Tacoma was brief.  His interests soon changed and he focused his energy on the investment of vaudeville theaters around the country. This led to Bowes settling in New York City where he built one of the prestigious theaters of the time, Loew’s Capitol Theater on Broadway. This also led to the sale of the Bowes Building to the Tacoma Savings and Loan Association. The Tacoma Savings and Loan Association would occupy the building for the next 30 years plus. Edward Bowes remained in New York and eventually changed the Capital Theater from a vaudeville theater into a movie theater. In an effort to attract more people, he began hosting an amateur night. Bowes also owned a radio station.  He realized that if he placed a microphone in front of the amateurs he would have free programming.  That was the birth of Amateur Hour. It grew in popularity and NBC decided to take the show nationwide. In 1935 they started broadcasting the “Major Bowes Amateur Hour” as a national radio show. It was the first American Idol, America’s Got Talent, Gong Show, etc. etc. It was the most popular radio program of its time.  Listeners would call in and vote on which amateur they thought should win. Some of these amateurs went onto fame through the national attention they received from being on Amateur Hour. Perhaps the most famous was Frank Sinatra.

So, what’s the connection between Frank Sinitra and Evergreen Personal Injury Counsel? Edward Bowes.  Here is a video of Frank Sinatra appearing with the Hobeken Four on Amateur Hour in 1935.

Here is a audio segment that aired on KPLU with more information about Edward Bowes’ connection to our area and his path to radio fame.