The family of a baby who was severely burned when his oxygen face mask caught fire during surgery at Madigan Army Medical Center has been awarded $12 million for their suffering and the boy’s future care.

Today the boy, identified in court records by the initials B.J.P., is nearly 5.

The boy moved to Washington when his father was stationed at Joint Base Lewis-McChord in 2015.

He was 13 months old when he had surgery at Madigan Sept. 2, 2015 to remove a benign cyst from near his left eye. 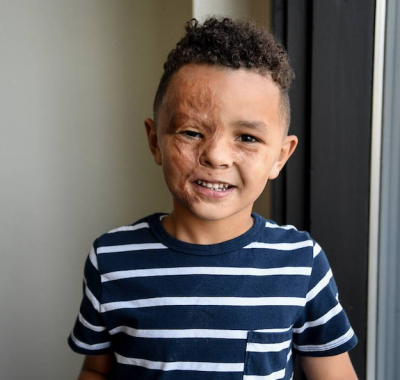 The anesthesiologist and surgeon didn’t communicate with each other about the oxygen being used or the surgical tool for the procedure.

Instead of a scalpel, the surgeon used an electrocautery device.

When the surgeon activated that device near an oxygen source during the procedure, the boy’s mask caught fire, causing him serious and lasting injuries.

He’s had various surgeries and other treatment for those injuries since the fire and is expected to have additional surgeries and continuing medical care.

In their trial brief, the United States apologized for the family’s pain and suffering and said the government agreed that the boy’s life care plan should be fully funded.

Non-economic damages, the government argued, were the issue remaining for trial.

Its brief said a child psychologist would testify at trial “that according to established medical literature, children who have disfiguring injuries similar to B.J.P’s more likely than not grow up to become adults who are as well or even better adjusted than their non-injured counterparts in the general population.”

The government also argued that while the parents clearly suffered because of the child’s injuries, that was not what caused their subsequent divorce.

Jeremy Johnston, an attorney with Evergreen Personal Injury Counseling who represented the family, said in a release: “These parents entrusted their baby to the care of doctors who were

grossly negligent and put their baby’s life at risk. This child is forever disfigured and will endure a lifelong journey of future physical and emotional trauma from his injuries. His parents are devastated. We are grateful the family got justice for their baby today.”