A few years ago, there was a marketing advertisement campaign whose slogan was: “Construction Crews: Give ‘em a Break.” It was created as a public safety service in response to the increasing number of automotive accidents that occurred in a construction area on a stretch of freeway.

If you live in the South Sound, you likely have noticed the major construction underway in Tacoma on the I5. This can be an inconvenience for those who have to commute through I5 on a daily basis. As travel times increase, so does the impatience of many drivers stuck in traffic. This can lead to a very dangerous situation in a matter of milliseconds when you combine anger, impatience and an active construction zone. 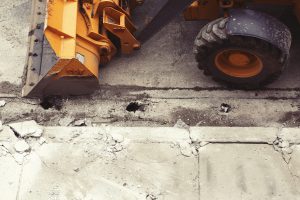 The Washington State Department of Transportation states that around 90% of all construction zone accidents result in bodily injury to the passenger or driver of the vehicle. Here are a few suggestions on how to stay safe while driving through a construction zone in the South Sound:

Slow down – One of the most important things you can do while driving in a construction zone is to slow down. Just because you do not see any road workers, does not mean they aren’t present. They could be hidden by construction equipment or signage.

Observe posted signs — If the posted sign says “35 mph” then you should drive 35mph until the signs otherwise dictate. The main reason why a construction crew would lower the speed limit on a highway. The conditions present are only safe for cars if they drive a certain speed limit.

Many cities and municipalities have begun stationing a police officer (with radar gun) in a construction zone. By not following the posted speed limit, you also potentially open yourself up to a very expensive traffic ticket. Not to mention some cities have “penalty enhancements” in place where if you’re caught speeding in a construction zone, the fine you would normally pay could be doubled or even tripled in some cases. The chances of going to court and successfully pleading your case in front of a judge are slim to none.

Using your cell phone while driving is the equivalent of driving drunk. This means that your reaction time required to avoid an accident on the road is equal to that of someone who is legally intoxicated on alcohol.

Washington State lawmakers passed and Governor Jay Inslee recently signed into law Senate Bill 5289, also known as the Driving Under the Influence of Electronics Act. The new law prohibits the handheld use of electronic devices when driving, even at a traffic light. This bill officially goes into effect on July 23, 2017.

Have You Been Injured in an Accident in a Tacoma Construction Zone?

Being safe while driving through a construction zone on a highway or freeway is simple. Follow the basic rules of the road and apply some common sense. Slow down, pay attention to the posted signs and have patience. The road crews are working to highways safer and more efficient for you to drive on.

If you or a loved one has been injured in a construction site auto accident in Tacoma, Seattle or throughout the state of Washington, contact my team and I at Evergreen Personal Injury Counsel. We have decades of combined of experience helping injured clients with their auto-related cases, including construction zone auto accidents. Schedule a free legal consultation to learn more about your potential injury case.

This article was originally published on Jeremy Johnston’s website.